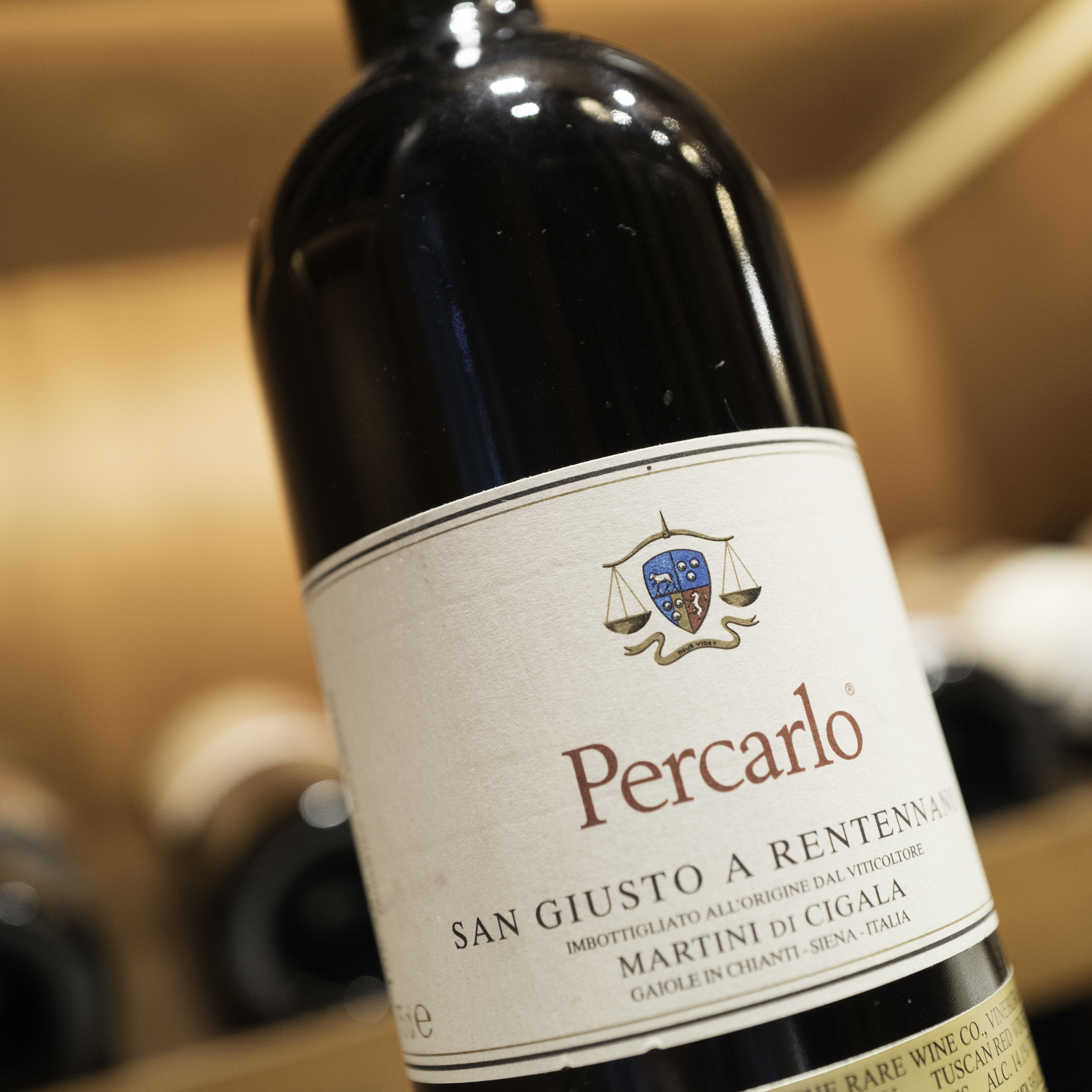 I am a longtime fan of San Giusto Di Rentenanno, especially Percarlo, one of the best expressions of Sangiovese in Tuscany. This wine demonstrates a unique balance of power and elegance. The first vintages I remember drinking were the 1985, 1988, and the 1990. The 1990 vintage remains one of my favorites. More recently, the 2004, the 2006, 2007 and the 2008 of Percarlo were some of the best wines coming out of Chianti in their respective vintages.

I spent the morning touring the winery with Luca Martini Di Cigala, the owner and winemaker. The winery was certified organic in 2008; they even make their fertilizer from scratch with manure and compost from the vineyards. Besides the 100% Sangiovese Percarlo, there is a Chianti Classico, a Chianti Classico Riserva, a 100% Merlot with a cult-like following called Ricolma (aged in barrique, a regulation-sized barrel made of oak holding 225 litres or approximately 59 gallons), and a small production of Vin Santo. The Percarlo and Ricolma are pure, structured expressions of their individual varieties, and the Vin Santo has an incredible and rare viscosity with complex flavors of toffee, apricot, and honey. It is one the best Vin Santos you will find and one of my own personal favorites.

I spent a morning with Luca discussing his winery and his philosophy, and tasting his wines along with a large plate of delicious salumi (a variety of dried sausages and salamis). It was enjoyable discussing wine with someone who is humble yet passionate about his subject of expertise. While some vilify the use of barrique because of the strong oak flavor small barrels can impart, they might not know that Percarlo is aged in barrique, albeit mostly used barrels, creating a powerful, but nuanced wine. Beware of extremes and superlatives regarding this subject matter. Luca has not been influenced by critics’ tastes. After speaking with him, I was happy to see that we share the opinion that the choice of wood treatment in aging wine depends on the grape, the vintage, and the terroir.  All these must be considered when judging how a wine will respond to wood.  In other words, there is no single philosophy that is right for every winemaker or wine.

Percarlo is generally aged in a mix of barriques that are 1 year-old, 2 year-old, and new; the ultimate mix changes by vintage but always with a minimum of new wood, hence the wines are never “oaky.” Luca never adopted the fad of using a lot of new oak or the current opposite extreme opinion that barrique is the enemy. The wines’ aromas express the terroir, especially mineral scents imparted from the tufa and sand-based soil. Both Percarlo and Ricolma are structured wines with strong veins of acidity. Even though Luca is generally the last in his area to pick his Merlot, the Ricolma has a rich concentration and good acidity with no overripe, jammy aromas. It shows that a 100% merlot can shine in Italy.

Luca considers Percarlo his flagship wine, and it is always 100% Sangiovese. He feels adding other types of grapes would lessen the varietal character of the wine. It is not a wine made to drink in its youth. It is built for longevity, and in fact the 1990 is still drinking beautifully. Luca is passionate about what he wants Percarlo to express, and neither great nor bad reviews will change that perspective—lucky for him, most people love it.